A to Z of Dream with

I often dream of a toothbrush, last night, I had a dream of getting rid of my rotten teeth, seeing the fallen rotten tooth with so many white worms, thin white worms.

Then, I saw I was dead in my dream, the boy pulled me, then, I came up looking at myself, I was dead, then, I became a man, what would that be? When I'm old I often get along with my boredom. That's it!

It's clear that your dream warns of your health deterioration so you can get sick in a day or two.

It can only happen if you don't listen to your dream. This is why here are some reminders for you.

11) The immune system weakens because of the watch.

2) People will get sick because of the lack of diet.

3) The lack of exercise can weaken the body.

4) Eating Junk foods, is caused by a deeded disease.

6) The lack of social interaction will also weaken. Because staying indoors is caused by a sedation.

7) Anger and resentment are also a cause for illness.

8) Rarely singing or singing alone can be triggered by a slowdown.

You may have heard everything above, except in the end. The fact is that in the first and until the seventh is effective for many people. But if you happen to be in a void, you're going to have to go eight.

You sing when you are alone. Do it! Because it's hard to believe you're going to be surprised that it's a powerful antidote to any illness. Why? Because "Music has a healing properties."

Again, sing when you're alone, if you're going to get sick you can't go on and if you have a hidden illness you can heal. Super benificial music to those with poor immune systems.

So sing when you're alone. It doesn't matter whether or not you're on your own because when you're alone, you don't have anyone to listen to when you sing wrong. And you'll see "There is magic in music."

Your dream often announces what the future holds in a very personal to you.
SEARCH YOUR DREAM
The Secret name 🙏 YHVH 🙏revealed 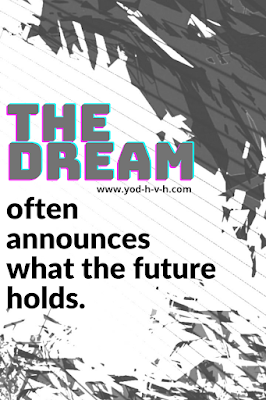 The TIGER and Walking in the Forest in Dream Interpretation

A to Z of Dream Meaning CASE STUDY: Dear Yod HVH, My dream was about flowers and a man I don't know. He said I was walking in the park and alone but I couldn't tell if I was happy in the park or sad and where I was going. Suddenly someone came to my man whom I did not know.  He was about my age and he handed me three red roses. I looked closely at the three red roses and wondered why there were no thorns.  Then I was going to talk to him but he suddenly disappeared. I didn't ask him what the three red roses were for and why roses don't have thorns.  In my dream I was happy regretting what happened. I am happy because someone gave me three red roses that in all my life I have never given them and I regret because the man who gave the rose suddenly disappeared.  Sometimes our dreams accurately describe "a story or event that happened, is currently happening or will happen..  Search the Meaning of Your Dream By Tag from A to Z with Sample Case Study.  HOME  -  A  -  B
Read more